Guest blogger Dr Lindsay Walker explores the emerging evidence that utilising our natural capital can have on mental health. This article, the first in a series of blogs, looks at ‘green interventions’ and dementia. 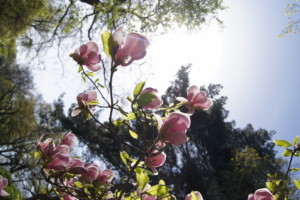 The UK population is ageing. By 2030, the number of people aged 60 years or more is expected to surpass the 20 million mark, an increase of ~34% compared to 2015. The impact of this ageing population on health and social care services is hard to predict. However, it is likely that, even with an increase in healthy life expectancy, there will be more people requiring long-term care.

Alongside this, a recent report by the Alzheimer’s Society indicated that 850,000 people are living with dementia in the UK, at a cost of £26 billion a year in 2015. With both the NHS and local authorities under increasing financial strain, evidence-based interventions that improve health outcomes, whilst also being cost effective, are extremely valuable.

Emerging research lead by the European Centre for Environment and Human Health (ECEHH) has highlighted that
interaction with nature can alleviate the symptoms of dementia and improve mental and physical well-being, providing evidence of a successful ‘green’ intervention.

Firstly, in care homes, where 80 per cent of residents have a form of dementia or severe memory problems, a recent systematic review of both quantitative and qualitative evidence revealed promising health impacts of spending time in a garden. Gardens were chosen for investigation as the availability of such spaces in residential homes offers a wide range of opportunities for active engagement that may facilitate a positive impact on people with dementia, for example walking, gardening and sitting in soothing surroundings. By examining several pieces of independent research, the study found that agitation levels were reduced in residents with dementia who spend time in a garden, with residents appearing happier and more relaxed. Furthermore, the wide range of opportunities associated with accessing a garden permitted many residents with dementia to engage and benefit from interacting with nature at some level. It was also reported by care home staff and visiting family members that the residents’ access to gardens improved their own personal interactions. Indeed, current NICE guidelines recommend considering both the design of and access to gardens in places where people with dementia live.

Secondly, in communities, where the majority of people with dementia live, a systematic review revealed that viewing and being in nature generated considerable pleasure, positively impacting individual wellbeing and quality of life. Particularly for people living with dementia, being outdoors in the ‘fresh air’ was closely associated with positive wellbeing. In addition, the opportunity to be outdoors and engage in activities such as woodland walks was highlighted as an important mechanism for people living with dementia to maintain connections to the rest of society, thus improving their quality of life. Indeed, being in the natural environment may have a restorative effect, and promote pleasure with minimal attention or effort, which is particularly important for people living with dementia who commonly experience a decline in attention. However, symptoms associated with dementia, such as disorientation, contributed to a reduction in outdoor activity.

Although viewing public green spaces and open countryside from a window in both rural and urban environments were also associated with positive impacts on wellbeing, people who are living with dementia may particularly need support to enjoy the outdoor natural environment and therefore experience the associated health outcome improvements. With the Government’s ambition that everyone should have ‘fair access to a good quality natural environment’, coupled with the recent government priority for living well with dementia, Natural England has begun to investigate the opportunities and barriers for people living with dementia to access the outdoors via the Outdoors for All programme. To date, the main findings are that although people living with dementia enjoy visiting outdoor environments (in particular city parks and public gardens), many local outdoor spaces are underused by people with dementia.

Evidence that interaction with nature facilitates positive impacts on mental and physical wellbeing of people living with dementia is increasing, whether it is through accessing residential care home gardens, personal gardens, public green spaces or national parks. To maximise the benefits gained through this environmental intervention, several considerations must be made, in particular the provision, management, design and accessibility of green spaces. Such considerations have the potential to impact both local town planning practices and national framework policies. It is possible that through supporting people living with dementia to increase their interaction with the outdoor environment, dementia symptoms may be improved without the use of drugs, thereby providing a cost-effective intervention. More research into the economic benefits of people with dementia accessing green spaces, alongside the social benefits, is required to further our understanding.