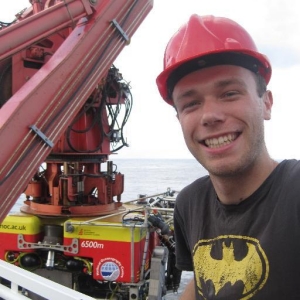 Are we considering international implications and ethical considerations enough when talking about natural capital? Peter Spooner offers some food for thought after attending the ‘Valuing our Life Support Systems’ report last week.

As a student of earth/ocean science, I have some background in the concept of natural capital, but before attending the launch of the ‘Valuing our Life Support Systems’ report I had not been actively involved in the discussion. Perhaps that was because when I think about trying to put a value on the environment in a tangible sense – something that will be essential for continued global wellbeing – my mind’s eye sees all that is bright and full of life in nature shifted into greyish colours, a lifeless space, where its true value is mottled and subdued, its soul removed. This vision probably stems from an overactive imagination and a liking for dystopian fiction, but it also arises from personal feelings regarding the ethics of natural capital accounting; after all, how can you put a value on the colour of a butterfly’s wing, or the laughter of a child as it sees, for the first time, a sandy beach washed by the waves of the sea?

In this respect I was encouraged by the report, which strongly highlights the risk of treating nature as a commodity. But there are other ethical issues that did not appear in great depth in the report or in the discussions at its launch. In particular, I was surprised that our impact on overseas natural capital – which can be huge – was not discussed more.

There are many examples, but to give one from the ocean world: The vast majority of the cod, haddock and tuna we consume are imported, much of the latter from developing countries (Marine Management Organisation, 2014). To give a more detailed example, probably the largest tuna fleet in the waters around Madagascar is that of the EU, and the fishing licenses are bought using EU taxpayers’ money at a price much below the value of the fishery (Le Manach et al., 2013). Such a situation begs the question: Who has control of Madagascar’s natural capital? Is it Madagascar – one of the world’s poorest countries (in terms of GDP), with no large commercial fishing fleet of its own? Is it the fishing industry? Is it EU governments? Or is it we consumers, whose money subsidises the removal of Madagascar’s natural assets? We need to carefully consider the ethics of depleting the natural capital of foreign nations and removing it from local users, without even paying due compensation. Further difficulties arise when we consider that many fish species are migratory. Whose responsibility is a natural asset that moves almost without boundaries around the world? The Earth’s climate is probably the best example of such an asset and is currently discussed the most in this regard.

If we want to grow the natural capital that we rely on, we will need to start to talk more openly about the ethics of these international issues. Solving the problem is likely to rely on companies looking closely at their supply chains, new political regulation, and the interest and political will of the public. We need to integrate natural capital into the national consciousness; a feat that will require in depth collaboration of all groups of society, as well as much wider public engagement on the issues at hand.

About the author
Peter Spooner is a PhD student at the University of Bristol, where he uses deep-sea corals to learn about past climate changes. He is currently undertaking a science-policy internship at the British Library, funded by the National Environment Research Council, both sponsors of the Valuing our Life Support Systems 2014 summit.