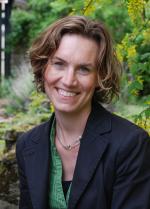 Daija Angeli, project officer in the Natural Capital Initiative, attended a meeting of the Parliamentary and Scientific Committee on the valuation of natural capital on 25th February 2014. Here is what she learned:

How do we value our natural capital? This was the question discussed at a recent meeting of the Parliamentary and Scientific Committee, which focuses on issues where science and politics meet.

Three talks by experts on natural capital spoke about recent research and policy developments before chair Andrew Miller MP opened the debate to the audience.

Environmental economist Julian Harlow (Defra) pondered not how, but why we value natural capital. We have failed to protect the environment based on intrinsic values, the view that it is valuable in itself, alone. He introduced the Natural Capital Committee, the Government advisory body consisting of eight experts from the natural and social sciences, including NCI Chair Rosie Hails MBE FSB. He also gave a sneak peek into the forthcoming second report of the Committee which will be published on the 11th March.

Professor Rosie Hails, NCI chair and Science Director Biodiversity and Ecosystem Science at CEH, highlighted how natural capital underpins other forms of capital based on the five capitals model. She summarised the work of the Natural Capital Committee around natural capital accounting. Using the example of carbon storage in woodlands, she outlined how quantity, quality and location of habitats can help to assess the health of our countryside. She also highlighted the need for a 25 year plan for natural capital in the UK to outline our vision and goals for restoring these vital assets for our wellbeing.

Professor Brett Day, environmental economist at the University of East Anglia, provided insights into the economic theory and natural capital valuation using market prices, revealed and stated preference methods. He illustrated how these methods can help to make better informed land management decisions to generate maximum benefit from the environment or saving costs in the long term. As an example, he showed how using an auction in a Payment for Ecosystem Services scheme can be a cost efficient way for water companies to provide their customers with clean water (watch an in-depth video). He stressed the importance of incorporating natural capital in our national accounts, especially in a world with increased frequency of severe events.

During the debate it became clear that we cannot go back to nature in its pristine state, and choosing a reference point on the state of the environment is a societal decision rather than a scientific one. At the same time, valuing natural capital will help us to maximise the contribution of the environment to our economy while making sure we preserve natural capital for future generations.

What are the ‘big themes’ up for discussion on natural capital this year? What is important to you? Share your thoughts on Twitter, #natcap2014