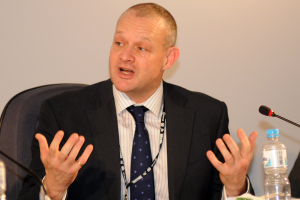 Richard Spencer introduces us to some of the dilemmas we face as we begin to account for the value nature has in underpinning economic activity.

We often think of accounting for something as being about turning it into a balance sheet or income statement figure, about putting a price or a monetary value to it. Although the term ‘natural capital’ has been about for some time, in the last couple of years the idea of nature as a form of capital has gained wider currency. This reinforces the idea of nature as reducible to a financial figure. The term has merit because it casts the debate in a language that resonates with business and appeals to the idea of capital maintenance that is central to the discipline of accountancy. The question that accounting answers is: did this business maintain, create or deplete value over a particular time period (i.e. is the capital stock better off, worse or unchanged)? This is an important question to ask because we can see that, globally, we are depleting the natural capital stock at an alarming rate. You might think no-one would run their business on the basis of capital depletion and yet collectively we do because, economically, nature is invisible; it is not priced.

Central to monetisation is valuation. Valuing things is not easy. We are beset with questions like: is value the same as price; value to whom; market price or replacement cost; present value of discounted cash flow, but at what rate? This is for things that we often assume are easy to value.  When we try to value nature further challenges emerge.

There isn’t space here to go into all of the challenges of valuation, but let’s just touch on a few.

A good place to start is with the questions: should we put a monetary figure on nature; and, if so, what would we be valuing? Of course we can put a value on nature. It could be, for instance, from a business perspective, a measure of the company’s impact and dependency on the natural environment. Or from a national inventory perspective, it could be a value of the stocks located within a country’s geographic borders.

With the former comes the challenge of boundaries because, as the well-known PUMA Environmental Profit & Loss demonstrates, a company’s impacts are often well beyond its direct control, in areas where it has little influence such as its supply chain. However, there is also a question: does nature only have value in a human-centric way; does it not have intrinsic value as well? If there is an ecosystem somewhere that is not immediately linked to human benefit, is it worthless?

But almost more importantly, if we think of a progression from qualitative review of natural capital to a quantitative assessment to a financial valuation, increasingly elements are left out, not because they are irrelevant or immaterial but because they can’t be quantified or valued. Paradoxically one could conceivably end up with a value that captures nothing one finds valuable. How, for example, do we capture the complexity and inter-connectivity of systems fundamental to our natural world? How do we value our mother or father?  Surely the real value exists in the emotion we feel for them; how do you put a monetary value that?

Developing from this there is an argument, heard loud and strong in civil society, which says we should not put a value on nature; that that simply commoditises it and diminishes its true value. Just because something is not quantifiable does not mean it is not important. A position that privileges what can be measured is open to placing quantity above quality; and most of us would question that arrangement. We have to take notice of the things we cannot measure. You can’t really measure truth or justice or freedom. Such an argument can be located within the wider debate of the extent to which we are creating a market society that puts everything up for sale and asks where the limits of that should be. An exposition of some of the thinking behind such a position is Michael Sandel’s What Money Can’t Buy.

I believe that this opposing voice is expressing a deeper concern about the legitimacy of business and government to be custodians of the natural environment: neither governments nor companies have to date collectively or individually demonstrated that they can do this. The business community in particular has to win that licence to operate before it can really start putting a value on nature.

Richard Spencer is the Head of Sustainability at The Institute of Chartered Accountants in England and Wales (ICAEW). He will present a keynote speech on the Ethics of Natural Capital at NCI’s Natural Capital Summit ‘Valuing our Life Support Systems 2014’ on the 6th & 7th November.