The future of UK environmental policy outside the EU

The future of UK environmental policy outside the EU 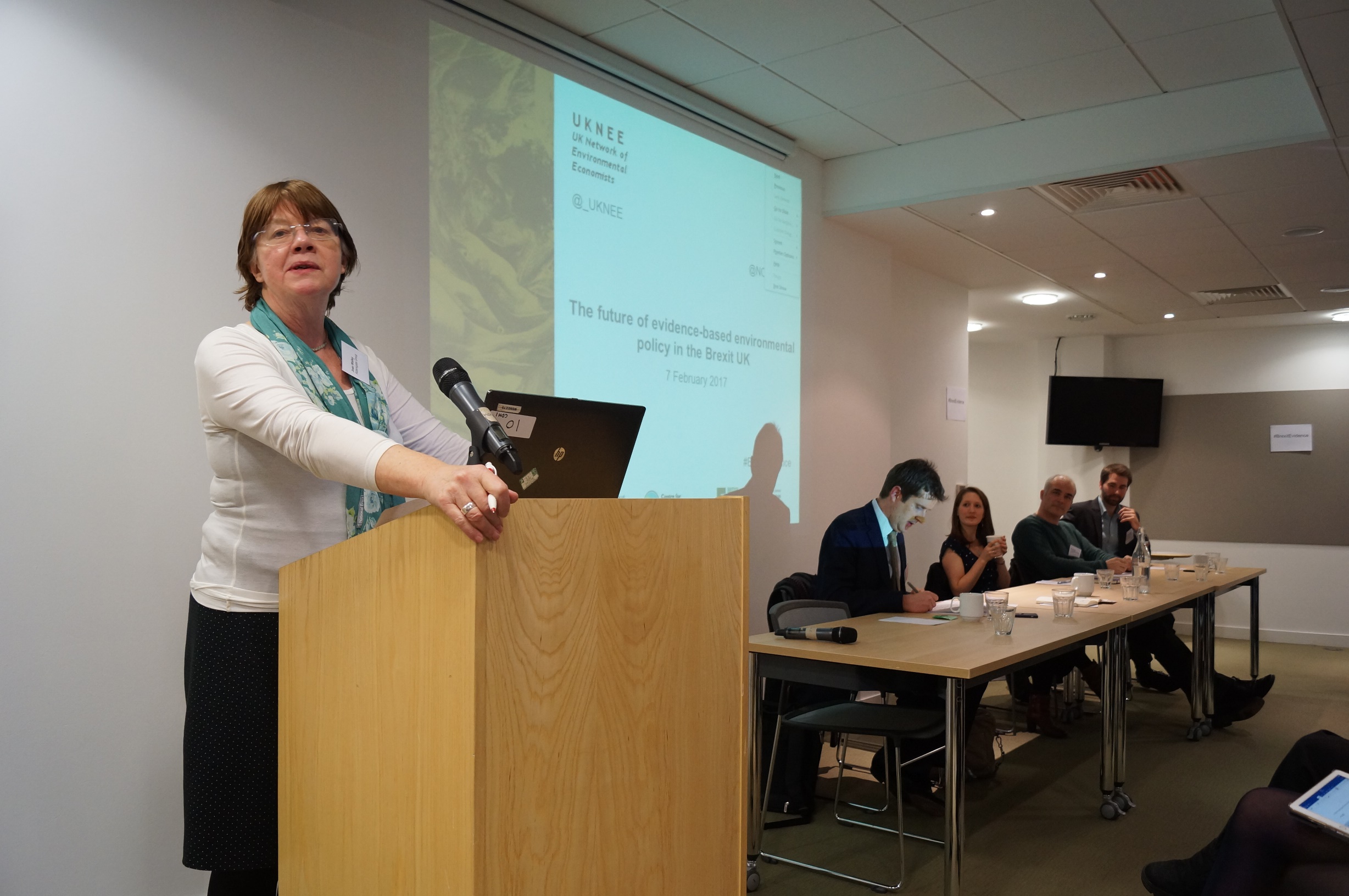 The environment was seldom discussed in the run-up to the EU referendum, yet UK environmental policy is largely set by Brussels. As we grapple to understand the full implications of Brexit, many are now wondering what ‘taking back control’ might mean for the environment. To discuss this, a group of environmentalists, economists and policy thinkers met last week at a meeting arranged by the Natural Capital Initiative and the UK Network of Environmental Economists.

Does Brexit pose risks to the environment?

There’s little doubt that our environment is enhanced by some aspects of EU policy. Cleaner rivers and beaches were achieved because of EU legislation. The EU holds us to a high standard by imposes fines when we fail to meet targets for keeping our waterways clean, and for breaching air pollution limits. Speaking at the meeting, Amy Mount from Green Alliance said that the removal of oversight by the EU risks a slip in these environmental standards, and that, whatever our politics, nobody voted for a return to polluted rivers and sewage on beaches. Mount also noted the role of the European Chemicals Agency, which regulates and provides guidance on the safe use of chemicals. The UK will not have the benefit of its protection and services once we go it alone.

In fishing, the EU manages catch sizes under the Common Fisheries Policy. Griffin Carpenter from the New Economics Foundation told the meeting about implications of Brexit on fish stocks. Permitted catch sizes that the EU negotiates with non-EU countries (like Faroe Islands, Iceland or Norway) tend to exceed scientific advice by a larger margin than those of EU countries. Non-member states can be tougher in negotiations, even potentially walking away altogether and setting their own catch sizes. Were Britain to take this stance, however, it would be fish stocks that suffer.

EU agri-environmental policy is ‘a shambles’, Brett Day from the University of Exeter said. How might the UK improve on the system laid down in Brussels?
One option is to expand schemes that offer farmers ‘Payments for Ecosystem Services’ (PES). Anglian Water’s ‘Slug It Out’ programme is one such scheme. In six trial areas, the scheme pays farmers to reduce their use of Metaldehyde, a slug control chemical that is expensive to remove during water treatment. We could expand markets for PES to include improved flood resilience or enhanced biodiversity, financed by the private or public sectors.

A broader opportunity for the UK, post-Brexit, was spelled out by Edward Lockhart-Mummery of consultancy Resource Decisions. It entailed replacing complex regulation with a simple framework for setting and achieving long-term environmental goals. In this vision, achieving environmental goals is the collective responsibility of all government departments, not just Defra. There would be a universal duty to protect the environment, just as the Health and Safety act makes it a duty of employers to look after their employees, and non-compliance would result in much tougher penalties.

Breaking up is hard to do

European environment policy contains much that is valuable to the UK, and separating after a partnership of more than 40 years will be extremely challenging. However, the UK public have a strong desire for good environmental standards: 83% of respondents to a YouGov survey agreed that Britain should pass laws providing a higher or equal level of protection for wild areas and wildlife species than current EU laws. By keeping the high standards the EU has set, and improving on these where we can, the UK could be a leading example of how to protect our environment.

To read more, download the Summary Report: The future of evidence-based environmental policy in the Brexit UK